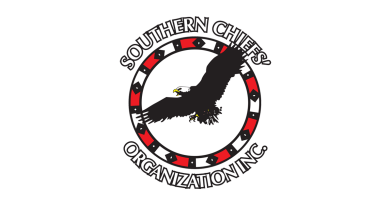 ANISHINAABE AND DAKOTA TERRITORY, MB — The Southern Chiefs Organization (SCO) is calling for an inquiry into the process by which construction projects are awarded on First Nations, especially key water infrastructure projects.

“For too long, First Nations have been forced to work with sub-standard firms just so the federal government can save a few bucks,” stated SCO Grand Chief Jerry Daniels. “We are being victimized by our Treaty partners, and it’s our people and communities who should be benefiting from these projects who are losing out in the end.”

Indigenous Services Canada’s (ISC) tendering policy for on-reserve, federally funded infrastructure projects defines “value for money” as “normally, the lowest valid bid price, which incorporates specified provisions for local content, committed to by the contractor/supplier in carrying out the project.” The report also reveals that problems with contractors are widespread across Canada when it comes to their relationships with the Nations they are working in.

“I have witnessed first-hand in my community the poor results that come with this approach,” said Little Saskatchewan First Nation Chief, Hector Shorting. “Because we cannot decide on our own who is awarded construction projects, including for sub-contractors, we have seen shoddy workmanship and poor materials being used to build peoples’ homes. If we had the final say in who can complete the actual work, I can say with confidence, we would not be experiencing these kinds of problems.”

A recent report coordinated by Concordia University’s Institute for Investigative Journalism (IIJ) has also shown that federal funding for water infrastructure projects on First Nations has often failed to incorporate proper funds needed to finalize the project and ensure that all homes in First Nations have full access to clean water.

“The federal government’s procurement process for these types of projects can end up being a nightmare for our communities,” stated Chief Cornell McLean of Lake Manitoba First Nation. “Indigenous Services Canada often does not back the community, which makes it nearly impossible for us to have infrastructure projects completed to the standard that we need. We know what is needed yet we don’t have final say.”

Due to generations of displacement from our lands, poor infrastructure, and systemic neglect, First Nations suffer from a severe infrastructure deficit and have become the most vulnerable population in Canada when it comes to water quality and access.

To address these issues directly, SCO wants to see an immediate and significant shift in the contract tender and decision making process for First Nations. SCO is fully prepared to oversee the changes necessary in order to stop this unacceptable practice by ISC.

“If we want to see lasting and positive changes, then First Nations must have control over their own infrastructure, especially when it comes to clean water,” concluded Grand Chief Daniels. “If our Treaty partners in Ottawa are serious about rebuilding our fractured relationships, then fixing this serious problem a very good place to focus that attention.”

traditions through the application and implementation of the spirit and intent of the Treaty-making process.