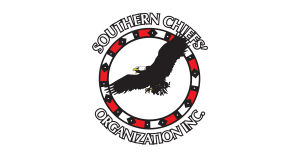 ANISHINAABE AND DAKOTA TERRITORY, MB — The Southern Chiefs’ Organization (SCO) is expressing disappointment in the province’s process for naming eight wildlife management areas in what is now Manitoba.

“While I am not surprised, I am disappointed that our provincial Treaty partner did not reach out to ask First Nations what we call these parts of our territories. This seems to be one more attempt to erase us from the land,” said SCO Grand Chief Jerry Daniels. “The province had before it an opportunity to learn from the people who have been there since time immemorial. Instead, they chose to completely ignore First Nations’ history and connections to these lands.”

On Monday, the provincial government unveiled new names for eight wildlife management areas across the province. In every case, the areas were named after men, and in some cases, after people who are friends of the ruling Conservative party.

“Let me be clear, our concern is not directed at the individuals but with the process and this current provincial government,” continued Grand Chief Daniels. “These lands have long had traditional names. It feels as though the province is purposefully trying to erase our history. It’s an outdated, disrespectful colonial tactic, and it has to end.”

According to the Manitoba government, wildlife management areas account for close to two million hectares of wildlife habitat. The areas in question are situated on Treaty lands and have been nurtured and protected by First Nations.

“I ask premier Pallister and resource development minister Blaine Pedersen, who are better stewards of wildlife species and the lands they roam than the people who have relied on them since the first sunrise?” added Grand Chief Daniels. “The decision makers in this process need to know they have yet again missed an opportunity to live up to the province’s own Path to Reconciliation Act.”

Section 1 (1) of the Act states that “Reconciliation” refers to the ongoing process of establishing and maintaining mutually respectful relationships between Indigenous and non-Indigenous peoples in order to build trust, affirm historical agreements, address healing and create a more equitable and inclusive society.

“This provincial government does not get to pick and choose which of its own laws it will respect,” concluded Grand Chief Daniels. “Until we see a monumental shift in this current government’s approach to engagement and consultation, there will never be reconciliation.”