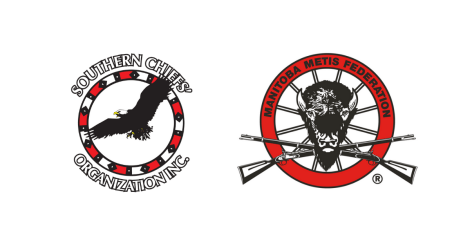 SCO and MMF Lead the Challenge

ANISHINAABE AND DAKOTA TERRITORY, MB in the HOMELAND OF THE METIS NATION — Today, the Southern Chiefs’ Organization (SCO) and the Manitoba Metis Federation (MMF) joined together in filing a claim as the first step in a legal battle to protect the rights of First Nation and Metis Nation children in care.

Represented by Cochrane Saxberg LLP, SCO and MMF together with a group of 19 Indigenous child and family Agencies and Authorities have filed a constitutional legal challenge against Manitoba’s Bill 2.

Instead, the Manitoba government has been clawing back the amounts received by Child and Family Service agencies for years by deducting the CSA amounts from provincial funding provided to the agencies. The end result is that the province takes the monthly CSA payment amounts, which equal the maximum Canada Child Benefit payment plus the Child Disability Benefit, and puts them into general provincial revenue.

“The Manitoba government has taken over $360 million dollars from the most vulnerable people in our society, children in care, 90 per cent of whom are First Nation and Metis,” said Grand Chief Jerry Daniels. “At a time when we all need to be looking out for each other and caring for our most vulnerable people, the province is illegally confiscating money from children, effectively attempting to balance their books on the backs of vulnerable Indigenous children.”

On November 6, 2020, the province passed Bill 2, the Budget Implementation and Tax Statutes Amendment Act. Certain provisions of the Act deny former and current children in care the right to enforce their legal rights in court. Bill 2 has also ended two CSA court actions against the province that were in progress to force Manitoba to comply with CSA laws, to end the illegal confiscation of CSA money meant for children, and to hold the province responsible for its actions.

“It should come as a shock to all Manitobans that the Government of Manitoba is willing to stoop so low as to take money that is to be used for vulnerable children in care,” said MMF Minister of Child and Family Services, Mona Buors. “By unfairly taking their CSA funds, Manitoba is forcing children in care to pay for that care. It is outrageous that first we have this cash grab by the provincial government and then, when it is taken to court and could be ordered to pay back the money, it passed legislation to prevent those court cases from proceeding. The government knows that what it has done is wrong. This is shameful. We will seek justice for our children until we prevail.”

First Nation and Metis Nation children in care are among the most vulnerable children in the province, and the most likely to live in poverty. When they age out of the system, most are left without the financial resources to support themselves or to set themselves up for future success. There is also a stark difference in terms of access to financial resources between federally and provincially funded children in care, due to the province’s illegal actions.

“The province’s actions have had a real and detrimental impact on the provincial children in care,” said Rhonda Kelly, Executive Director of Southeast Child and Family Services, “In the past, when we had a special request for a child in care, the first question we had to consider is if the child is federally or provincially funded. Federally funded children have had access to their Children’s Special Allowance, whereas provincially funded children have not. Requests for funding for educational or recreational activities that support the child’s education and development have been denied simply because the child did not have access to their CSA.”

SCO and MMF, together with numerous Child and Family Services (CFS) Agencies and Authorities, will continue to fight for the rights of all children in care. Yesterday marked the beginning of our constitutional legal challenge and we will show the court how the provincial government has been denying children in care their inherent legal and human rights. The weeklong trial is scheduled to begin in October 2021.

The 19 Child Welfare Agencies and CFS Authorities involved in the lawsuit are: