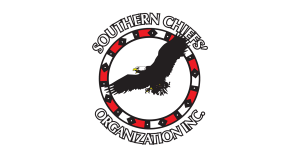 “I’m proud to be launching this important and much needed survey to better understand racism experienced by First Nation citizens in their encounters with police services in Manitoba,” stated SCO Grand Chief Jerry Daniels. “One of the great injustices is that the systems that are supposed to protect us can be themselves perpetrators of violence.”

Indigenous Justice Awareness Day was born from the 1988 fatal shooting of John Joseph “JJ” Harper, a 37-year-old member of Wasagamack First Nation in what is now northern Manitoba. Nearly thirty three years after the death of JJ Harper, incidents of police shootings and other forms of violence against First Nation people remain all too common.

Throughout the past year, police across Canada came under scrutiny for their treatment of Indigenous communities and peoples. According to recent analysis, since 2017 an Indigenous person in Canada is more than 10 times more likely to be shot and killed by a police officer than a non-racialized Canadian.

In Winnipeg, over the span of only 10 days in the spring of 2020, Jason Collins, Stewart Kevin Andres, and Eishia Hudson, all of them First Nation people, were fatally shot by Winnipeg police officers. The Independent Investigation Unit’s report on the deadly shooting of Eishia Hudson, an unarmed 16-year-old, recommended not laying charges against the officer responsible for her shooting, causing an uproar from First Nation and social justice organizations.

Earlier this month, William Ahmo from Sagkeeng First Nation died tragically as a result of an incident with correctional officers at Headingley Correctional Institute. The Chiefs of the southern First Nations have called on the Premier and Attorney General to launch a public inquiry so there is a full investigation into his death. These examples point to a larger, systemic issue that SCO will examine with the survey launched today.

“We know that good data and reporting can lead to understanding and real change, which are both greatly needed,” explained Grand Chief Daniels. “We have faced systemic racism for centuries now. It’s time for it to end. Indigenous lives matter, and we cannot take one more phone call or one more announcement of our people suffering or dying at the hands of the justice system.”

Today’s survey launch follows the SCO Survey on Experiences of Racism in the Manitoba Health Care System, which found a consistent pattern of racism, neglect, and even abuse when First Nations people access health care services in Manitoba.

“For SCO, combatting systemic racism is a top priority, and the survey results will be integral to informing how we can build better systems and policies that actually serve to benefit our southern First Nations,” concluded Grand Chief Jerry Daniels.

The survey on racism in policing can be found on our homepage at www.scoinc.mb.ca and will be open for approximately six weeks for First Nation citizens to respond.