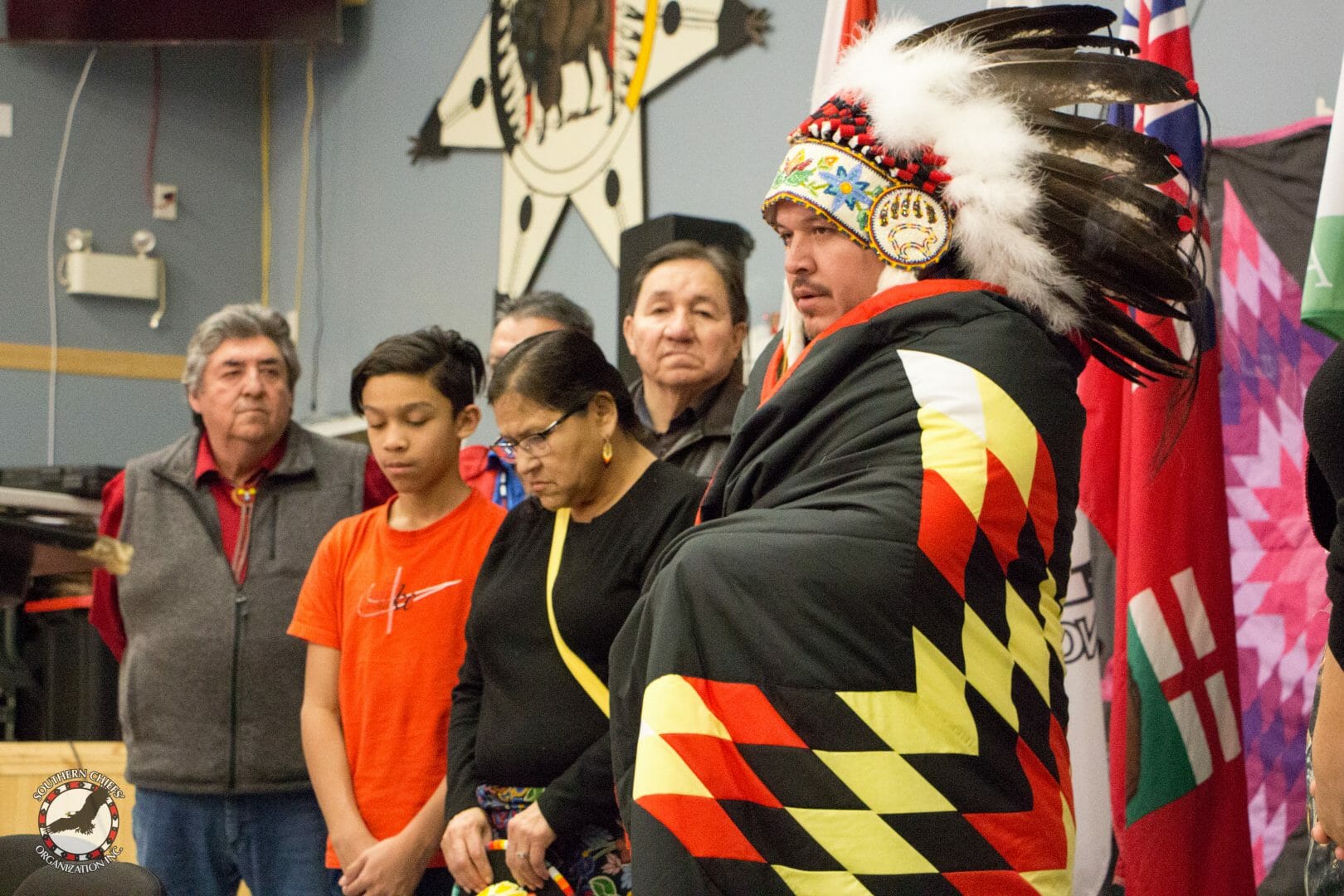 ANISHINAABE AND DAKOTA TERRITORY, MB — On January 9, 2020, Jerry Daniels of Long Plain First Nation was acclaimed as the Grand Chief of the Southern Chiefs’ Organization (SCO). Daniels will serve his second term as Grand Chief, until 2023. He was nominated by Chief Garnet Woodhouse of Pinaymootang First Nation, Chief Cornell McLean of Lake Manitoba First Nation, and Chief Deborah Smith of Brokenhead Ojibway Nation. With no other nominees running in the election, this marks the first time in SCO’s history that a candidate has run unopposed for the position of Grand Chief.

Grand Chief Daniels looks forward to continuing to serve SCO member communities and chiefs for another three years. On reflection of the achievements of SCO during his time in office, Daniels remained humble through his acclamation, stating that, “I am honoured to receive such outstanding support from the Chiefs in the south. Moving forward into the next term with that strong mandate will be integral to building on and expanding the work we do at SCO. Work is only possible when we listen to and uplift our member communities, and I look forward to being able to continue to amplify the voices of Anishinaabe and Dakota people.”

Chief Garnet Woodhouse of Pinaymootang First Nation stated, “Grand Chief Daniel’s acclamation really shows strong support from the Chiefs, and that SCO continues to speak with a unified voice. It gives strength to our position when we speak with federal, provincial and municipal governments. As Chiefs, we are unified, and governments must recognize and acknowledge this unified voice.”

Chief Deborah Smith said, “I am honoured to have supported the nomination of Grand Chief Daniels for a second term; it speaks volumes that he was acclaimed and demonstrates the confidence the Chiefs of the Southern Chiefs’ Organization have in his vision and leadership.”

Lake Manitoba Chief Cornell McLean added, “I supported Grand Chief Daniels on his re-election campaign because he has brought all of the Southern Chiefs together with one unified voice, and I think it’s important that we continue to move forward in a positive way on behalf of our communities.”

Electoral Officer Burke Ratte commented on the electoral process of acclamation, saying “In the twelve years I have been conducting Electoral Processes I have never had an acclamation for an elected position.”