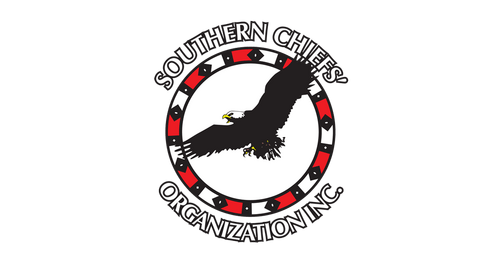 Grand Chief Jerry Daniels of the Southern Chiefs’ Organization welcomes this decision to formally commemorate the history of the residential school system, which has had traumatic effects on First Nation peoples and their communities across Canada for generations.

“The residential school system is one of the darkest events in our shared history. First Nation people have had to deal with its destructive effects, which amounted to genocide, for generations, and Survivors and their families continue to deal with the aftermath,” stated Grand Chief Daniels.

Today’s announcement brought up a lot of emotions for residential school Survivor Martina Fisher, from Bloodvein First Nation. “Anytime there’s a public announcement to do with residential schools, it opens up a lot of wounds that have been trying to heal,” she said. “But at the same time, it’s very important for the rest of the country to know the truth about the historical traumas and pain that Indigenous people have undergone,” she added.

September was called ‘the crying month’ in some communities, as it was the month that children were taken from their families and communities. It is estimated that at least 150,000 First Nation children were forcibly removed from their families and sent to residential schools, starting in the late 1800s and lasting up until 1996. Students faced harsh discipline and abuse at the schools and were completely cut off from their own communities, cultures, and languages. Thousands did not make it home, dying of disease, starvation and abuse at the schools, or after trying to escape to make the long journey back to their families.

“Today’s announcement is long overdue. Even though there are no more residential schools, it doesn’t mean that their effects will ever fully go away” said Ann Kidd, a residential school Survivor from Keeseekowenin First Nation. “When the government set up the residential schools, they meant to kill the Indian in the child. But now, it’s time for us all to heal, mind, body, spirit and soul, and mentally, physically, and spiritually. This is needed for all the Survivors who are still here today, and for past generations, and for all the generations to come who will have to deal with the intergenerational effects.”

The Long Plain First Nation acquired the residential school in 1981 and turned it into the Indian Residential School Museum of Canada. They worked closely with Parks Canada in order to have the former residential school designated a national historic site.

“Commemorating these schools as national historic sites will help to educate the broader Canadian public on residential schools, as many Canadians are still unaware of the true extent of Canada’s residential school system,” said Grand Chiefs Daniels. ”It also means that the real history of the residential schools, and the resilience of its Survivors, will live on for many generations to come,” he added.

The Southern Chiefs’ Organization represents 34 First Nations that came together in 1999 to protect, preserve, promote, and enhance First Nations peoples’ inherent rights, languages, customs, and traditions through the application and implementation of the spirit and intent of the Treaty-making process.