Traditionally and historically women were valued in their communities and society, yet today due to colonization, racism and gender discrimination, First Nation women disproportionately face tragic and life-threatening, gender-based violence.

On the one-year anniversary of the historic National Inquiry into Missing and Murdered Indigenous Women and Girls, and the release of the final report and Calls for Justice, the Southern Chiefs’ Organization launched a public awareness campaign. The campaign, featured on billboards, bus boards and social media, features the work of 18 year-old Winnipeg artist Ida Bruyere. Her painting, Lost But Not Forgotten, gives voice to the tragedy of missing and murdered women, girls and 2SLGBTQQIA people and calls for a new future.

Lost But Not Forgotten is being shared on billboards, bus boards, and social media throughout Winnipeg and southern Manitoba through the fall season of 2020. Bus boards can be found on 30 Winnipeg Transit buses on routes throughout the city. The billboards are located in Brandon, Portage la Prairie, Dauphin, Minnedosa, Winkler, and in Winnipeg.

15.1     Denounce and speak out against violence against Indigenous women, girls, and 2SLGBTQQIA people, in section 15 of the MMIWG National Inquiry's Final Report:

15.3     Develop knowledge and read the Final Report. Listen to the truths shared, and acknowledge the burden of these human and Indigenous rights violations, and how they impact Indigenous women, girls, and 2SLGBTQQIA people today.

Click here for a .pdf of the Final Report's Calls for Justice for All Canadians. 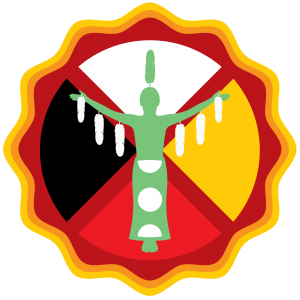 Violence against women is typically perpetrated by men, and many of them lack the proper support to break the cycle of violence, which stems from centuries of colonization. Men can also be victims of domestic violence and in need of victim services and support. Ending Violence Across Manitoba has a list of services and programs available across the province for men who are victims and for men who have committed domestic violence and looking for help on how to end violent patterns.

Professional counselling, information, referrals, and volunteer-led text-based support for children and youth are available at https://kidshelpphone.ca/.

AbilitiCBT is a new digital therapy program available to all residents of Manitoba age 16 or older experiencing mild to moderate symptoms of anxiety due to the pandemic.
You do not need to be referred by a doctor to use AbiltiCBT. You will be able to connect to a professional therapist.

Calls for Justice for All Canadians