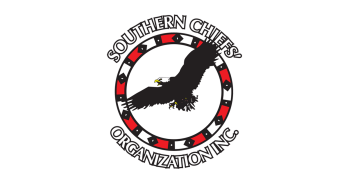 ANISHINAABE AND DAKOTA TERRITORY, MB — Grand Chief Jerry Daniels of the Southern Chiefs’ Organization (SCO) welcomes the decision made by a Manitoba Human Rights Commission panel ordering the province of Manitoba to pay an Anishinaabe family $42,500 in damages over its failure to provide health care services.

The complainants, Harriet Sumner-Pruden and her son, Alfred “Dewey” Pruden, are from Pinaymootang First Nation and in 2010 they filed a complaint outlining how Dewey’s health care needs were denied, delayed, or intermittent.

Dewey was born with a progressive neurological disorder called Sturge-Weber syndrome and developed several other health problems. The Province of Manitoba maintained that the federal government was responsible for providing health care to First Nation communities. Regardless of jurisdiction, no government is allowed to treat First Nation peoples differently, but that is exactly what happened.

In order to narrow gaps in health and life expectancy, the joint report emphasized the need for alignment with the Truth and Reconciliation Commission’s Calls to Action and for partnerships to be strengthened with First Nation communities.

On June 18, 2020, SCO Grand Chief Jerry Daniels and Pine Creek Chief Karen Batson signed an historic Health Transformation Memorandum of Understanding (MOU) with the Government of Canada which will allow Anishinaabe and Dakota peoples to assume greater control of their health and wellness.

The MOU outlines the values and principles of equitable and culturally appropriate health care for the 34 First Nations that form SCO and formalizes both parties’ commitment to a working relationship.

“As this case has shown, equitable access and culturally-appropriate health care for Elders, youth, families, and communities is central to wellness and the success of our communities and the Anishinaabe and Dakota peoples of Southern Manitoba” said Grand Chief Jerry Daniels. “We must continue to take steps to gain more autonomy in our health governance and to exercise our treaty and inherent right to health in the way our ancestors intended” he added.

The Southern Chiefs’ Organization represents 34 First Nations that came together in 1999 to protect, preserve, promote, and enhance First Nation peoples’ inherent rights, languages, customs, and traditions through the application and implementation of the spirit and intent of the Treaty-making process.