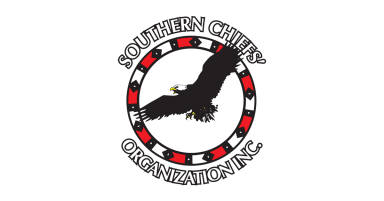 ANISHINAABE AND DAKOTA TERRITORY, MB – The Grand Chief of the Southern Chiefs’ Organization (SCO) is providing this statement as an update on the eligibility of First Nation citizens in Manitoba for the COVID-19 vaccination.

“Today is a hugely important day in our fight against the COVID-19 virus,” stated SCO Grand Chief Jerry Daniels. “With vaccination opening to the off reserve population starting with our citizens 75 years or older, we are that much closer to ending this deadly pandemic. Now that we have increasing access to the life-saving vaccine, I strongly encourage everyone to get vaccinated as soon as they can.”

All First Nation citizens aged 75 and older are encouraged to call 1-844-626-8222 to book their appointment for vaccination. Caregivers and family members can call to book an appointment on behalf of another person. Individuals will be asked to self-identify as a First Nation person when booking an appointment and identification will be requested at the appointment in order to confirm identity.

Appointments are being made at the five vaccination supersites currently open in the province, one in every health region: Winnipeg, Brandon, Selkirk, Winkler/Morden and Thompson.

First Nation citizens are eligible for vaccination at a twenty year differential with the rest of Manitoba, as non-First Nation individuals aged 95 years and older are now eligible for vaccination. This differential was announced by public health experts at the beginning of February to ensure equity, and it follows an evidence-based approach to address the higher levels of risk experienced by First Nation people during this pandemic.

Furthermore, the median age of hospitalization for First Nation people due to COVID-19 is 51 years, and the median age of death is 66, which is 17 years younger than the average for the rest of Manitoba. First Nation people already have a life expectancy that is 11 years shorter, on average, than the rest of Manitoba due to the impact of colonization, discrimination and systemic racism.

“It’s been incredibly tough for all First Nation people throughout this pandemic, but this week is quite significant for us,” commented Grand Chief Daniels. “We can now say that vaccines are becoming available for all of our citizens, starting with our elderly population. It’s great to share positive news about the vaccine with all of our people this week.”

First Nation organizations and the provincial government are also launching a new dashboard, compiling best estimates on the vaccination of First Nation people in Manitoba. Every Friday, the data will be updated from multiple sources. It will be broken down by tribal council regions and by regional health authorities, showing the percentage of First Nation people living on reserve who have received one or two doses plus doses administered on and off reserve. SCO will share this updated data on our website as well.