End the Blockades on Indigenous Economies 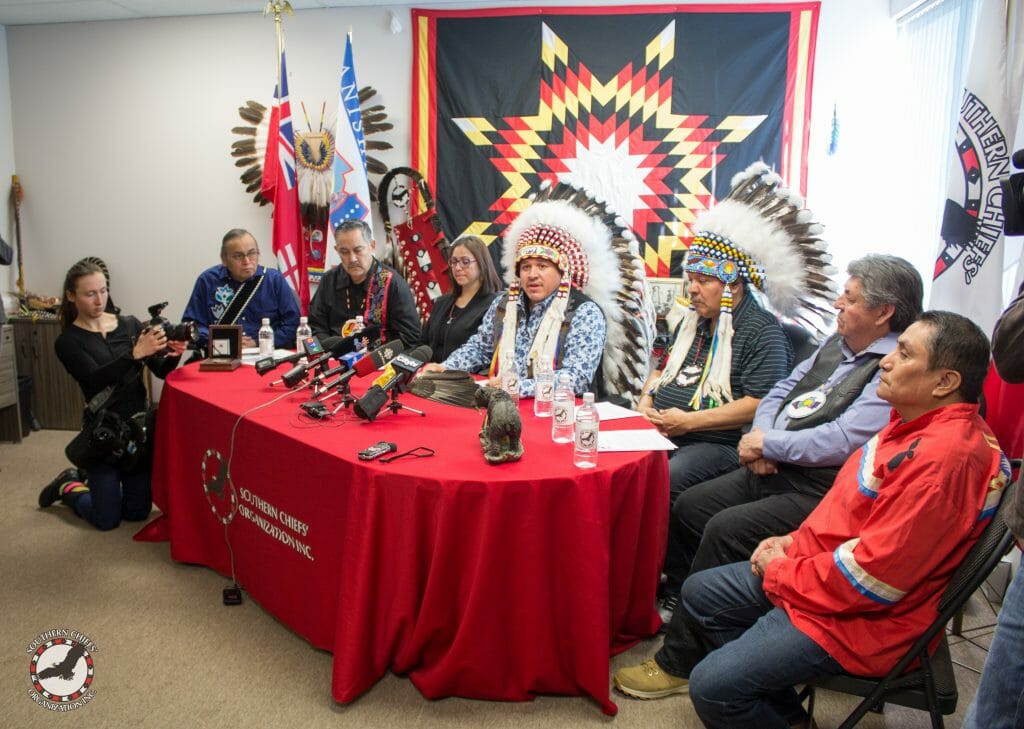 Government must recognize the Sovereign Rights of First Nations

ANISHINAABE AND DAKOTA TERRITORY, MB — The Southern Chiefs’ Organization (SCO) considers the actions of the Federal Government and Royal Canadian Mounted Police towards Wet’suwet’en First Nations’ hereditary Chiefs to be the epitome of oppression towards Turtle Island’s First Peoples. Not only are these actions a violation of human rights on an international scale, these actions create tremendous blockades on Indigenous Economies and systems of self-governance.

“The Nationwide blockades and demonstrations held across Canada in support of Wet’suwet’en hereditary Chiefs are a clear indication that Reconciliation must have tangible results immediately,” said SCO Grand Chief Jerry Daniels. “Our jurisdiction, Nationhood, signatory and non-signatory Treaty agreements, and our rights to land claims and resources have been blocked for well over 150 years. These claims to land and resources are key to rebuilding healthy and sustainable First Nation communities through Indigenous Economic development.”

Grand Chief noted, “Governments in Canada have failed to honour and respect agreements with First Nations. Canada must consult with First Nations in Nation-to-Nation relationships, not in the paternalistic, colonial fashion that has been forced upon us over the last 150 years.”

Daniels, who represents 34 Chiefs of Anishinaabe and Dakota First Nations in Manitoba, calls on all First Nation peoples to support each other to stop Canadian governments from continuing their erosion of First Nations’ rights while standing behind the backing of colonial forces, “As a nation, we cannot allow the corporate agenda to be the encompassing force behind Canadian government policy. All Canadians have a role to play in stepping up to ensure that First Nation rights and the protection of the environment are priorities.”

“The Government and the Crown must acknowledge and honour the agreements that have been signed to live on Turtle Islands’ lands in peace and harmony with each other,” said Daniels. ”Canada must share the wealth of Mother Earth’s resources without damaging her in the process.”

SCO notes that blockades held in support of Wet’suwet’en’s hereditary Chiefs have not been planned exclusively by Indigenous peoples, but that there has been a diverse range of cultures and organizations who have organized these demonstrations. This shows there is unity on a national scale, but not between levels of government.

“This is a pivotal and critical time in Canada’s history, and an opportunity to reshape the broken relationships Canada has with Indigenous peoples,” says the SCO Grand Chief. “All eyes–not only across Canada, but internationally, are watching us.”