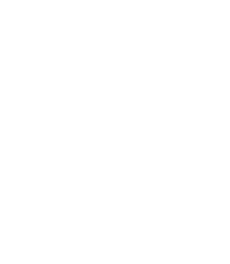 ANISHINAABE AND DAKOTA TERRITORY, MB — First Nation citizens living off reserve are not getting desperately needed assistance, while a lack of federal government transparency is preventing Chiefs from responding to their citizens, according to Jerry Daniels, Grand Chief of the Southern Chiefs Organization (SCO).

“First Nation people in southern Manitoba are struggling to find the resources and support they need to survive in this extraordinarily difficult COVID-19 environment,” said Daniels. “The $15 million allocated under the Indigenous Community Support Fund to support urban and off-reserve people nationally is simply inadequate, and a transparent response to First Nation communities that have applied for funding is missing.”

Since the COVID-19 pandemic began about two months ago, SCO and SCO Chiefs have received multiple requests of support for food, cleaning supplies, household goods and rent relief from urban and off-reserve members. Requests for support are coming from vulnerable urban and off-reserve members who have lost precarious employment, or who are on provincial Employment and Income Assistance (EIA). This ongoing need is worsened by the fact that Manitoba is not providing any form of additional support for those on employment assistance. Many on provincial EIA rely on food banks and soup kitchens to supplement their food allowance so they can afford to pay their rent, and these organizations are now closing or have been forced to reduce their services.

Less than a million dollars of the federal funding was allocated to all of Manitoba. This provides less than $10 a person in support for off-reserve First Nation, Métis, and Inuit peoples using 2016 Census data (https://www12.statcan.gc.ca/census-recensement/2016/as-sa/fogs-spg/Facts-PR-Eng.cfm?TOPIC=9&LANG=Eng&GK=PR&GC=46).

More than 450 organizations applied to the federal funding program, 92 from Manitoba alone. It is believed that nine proposals were approved in Manitoba more than a week ago; however, the federal government has not yet announced the names nor the organizations that will be funded, causing additional stress to an already untenable situation, Daniels noted. “Chiefs need to know where they can refer their off-reserve members for support, as regrettably they are not funded to provide support to them,” he said.

Child poverty, and poor health and living conditions challenge many First Nation people, noted Daniels. The COVID-19 pandemic has added to the stress of everyday living and reduced jobs and the availability of basic necessities. Some children, Elders, and families are not getting their most basic needs met, he added, and First Nation peoples in Manitoba also experience some of the poorest health outcomes in Canada.

“Our Chiefs and communities have not received the information they need to respond to the additional challenges and stresses that the COVID-19 pandemic has added to First Nation citizens living off reserve,” said Daniels. “I’m calling on the federal government to provide transparency about who has received funding in this territory and across the country.”