The Manitoba government has taken $250,000,000 in Children’s Special Allowance Funds and put it into general revenue. This is illegal and immoral as this money is for children. Bill 34 also removes the right to sue Manitoba Government for the claw back and removes accountability of Manitoba’s actions by removing judicial oversight and judgement.

The Government of Manitoba’s push for Bill 34 legislation at a time when all attention is on COVID-19 is shameful.
Reconciliation is more than words. Reconciliation requires positive action, morality, and justice—not stealing from the most vulnerable children in Manitoba.

The MMF, MKO, and SCO look forward to an immediate confirmation that the MB government will move to amend Bill 34. 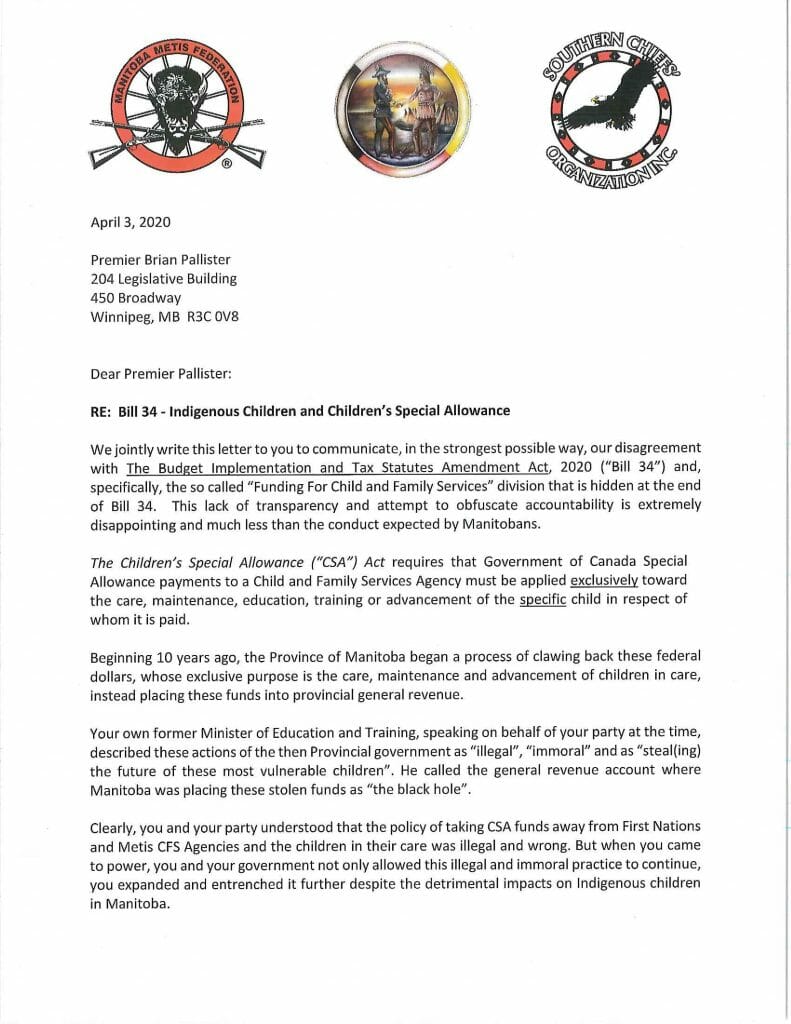 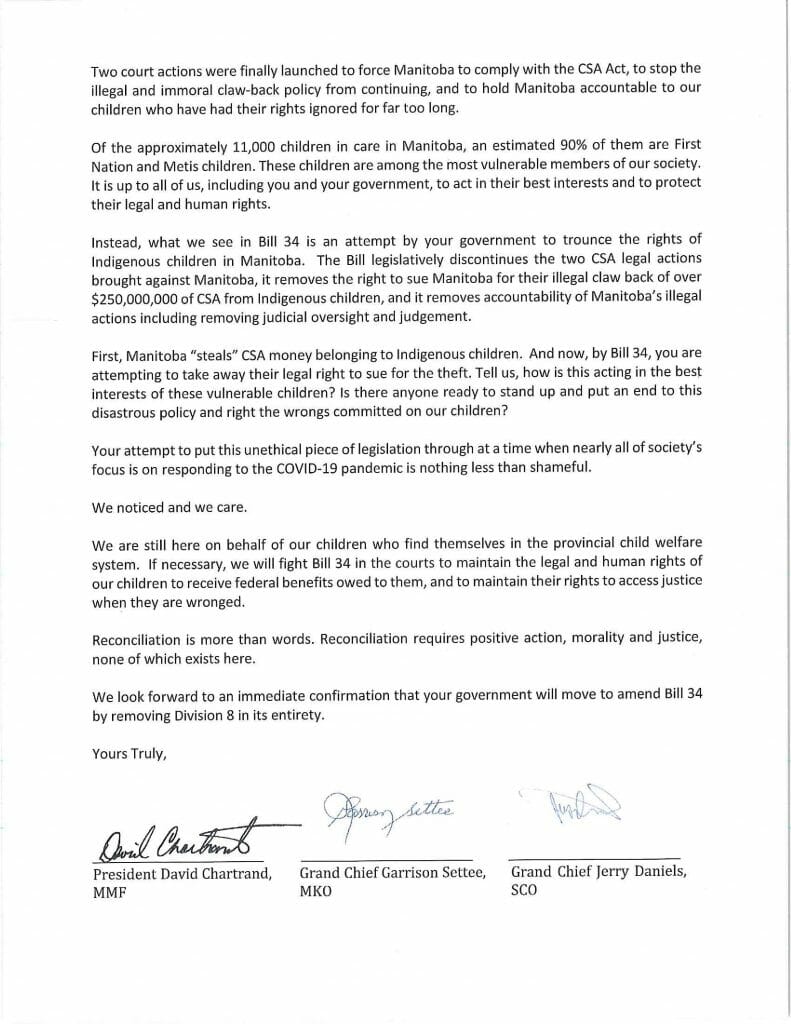