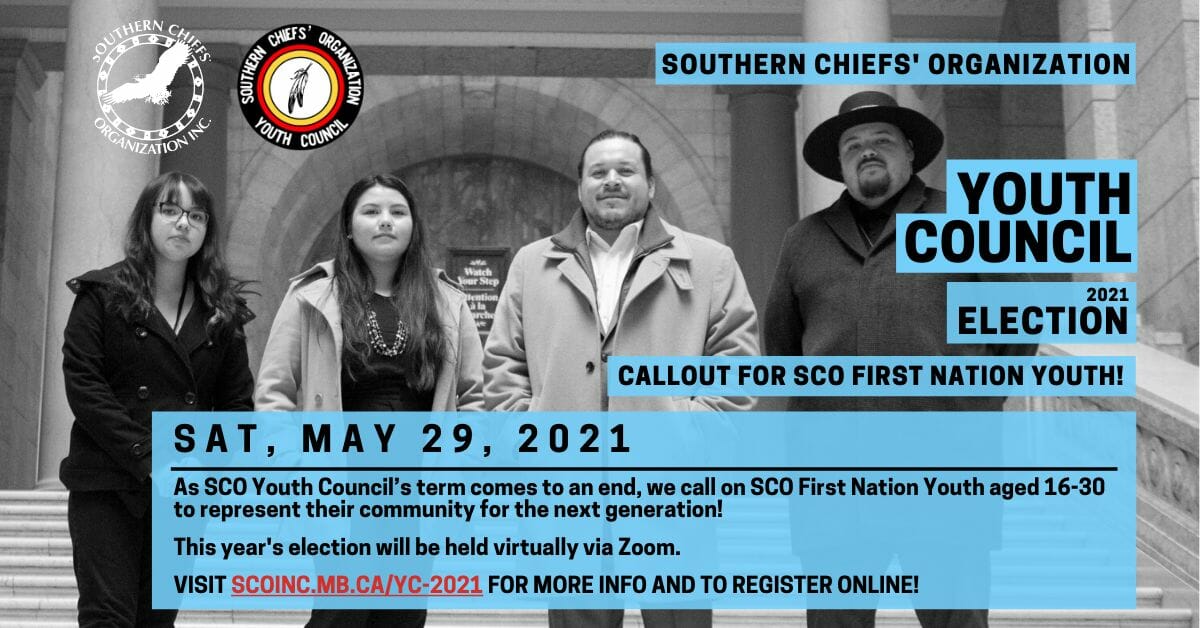 SCO believes in the power of First Nation youth and our Youth Council structure ensures full youth engagement in the work of SCO.

The Southern Chiefs’ Organization Youth Council’s term has come to an end, and the next council election will be held on Saturday, May 29, 2021 from 10:00 am – 3:00 pm. It is our hope that every community can select and encourage youth from each community to attend the virtual gathering online, for a chance to become an SCO Youth Council member and represent their nation!

Due to COVID-19 pandemic restrictions and realities, this year’s gathering will be held virtually via a Zoom conference and registration will be online this year.

One of the most important roles of the Youth Council is their collective vote at the table with all SCO Chiefs at the Chiefs-in-Summit meetings that take place throughout the year.

Youth Council members also receive an annual budget for training and programming to build their skills and have an opportunity to travel and learn from other leaders.

There are currently 12 Youth Council positions up for election:

The gathering will start at 10:00 am and include a day of programming with Elders, a panel from the outgoing Youth Council, a message from Grand Chief Jerry Daniels, a special guest speaker, door prizes, and a trivia game to win a brand-new HP laptop!

Want us to share your event? Email us at receptionist@scoinc.mb.ca