Call for the End of Derogatory and Racist Team Names 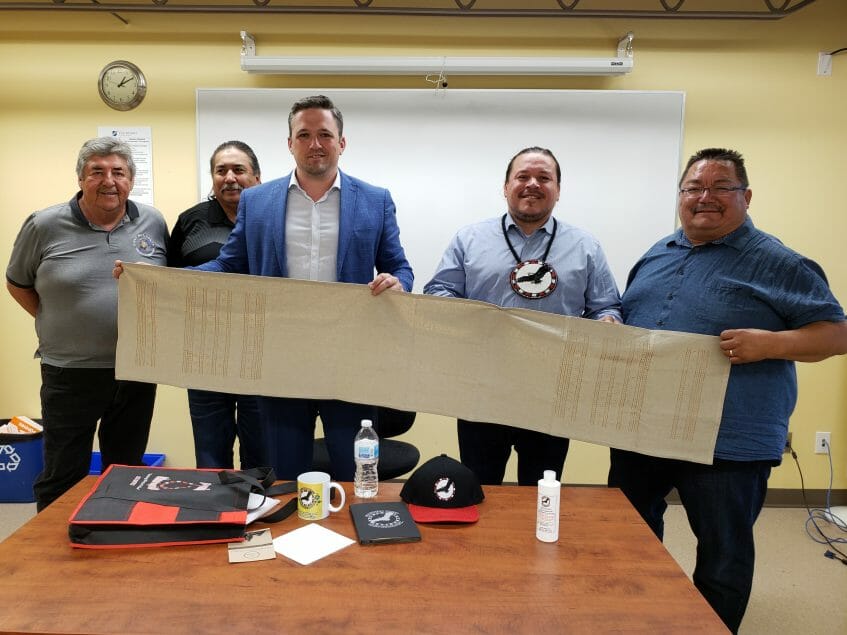 The SCO Chiefs’ Executive Committee today met with Brandon Burley, Mayor to the City of Morden, MB, to support him in his recent push to change the controversial name of the Morden “Redskins” local hockey team. SCO appreciates the respect shown by Mayor Burley in leading this important dialogue in his community.

“This is an important step towards addressing racism,” said Grand Chief Jerry Daniels. “There are many First Nations that start their own teams and even leagues because of racism in sport. Those names and logos dehumanize and denigrate, and so we welcome this effort by Mayor Burley.”

Mayor Burley stated, “I’m thankful for the opportunity to meet with the Southern Chiefs’ Organization today—I’m committed to moving our community forward in an equitable fashion towards reconciliation, understanding that what we do today will matter to future generations.” He added, “I believe that this issue of reconciliation is the primary social issue facing Canada today, and I am committed to establishing a framework for moving our community forward with Indigenous people.”

The Morden Redskins senior men’s hockey team has been under pressure for years to change its racist name and logo. When the NFL’s Washington Redskins announced recently that they would officially be retiring their name and logo, added pressure was placed on other teams to follow suit. Recently, the Morden Mohawks senior men’s baseball team announced its decision to rebrand and change its name.