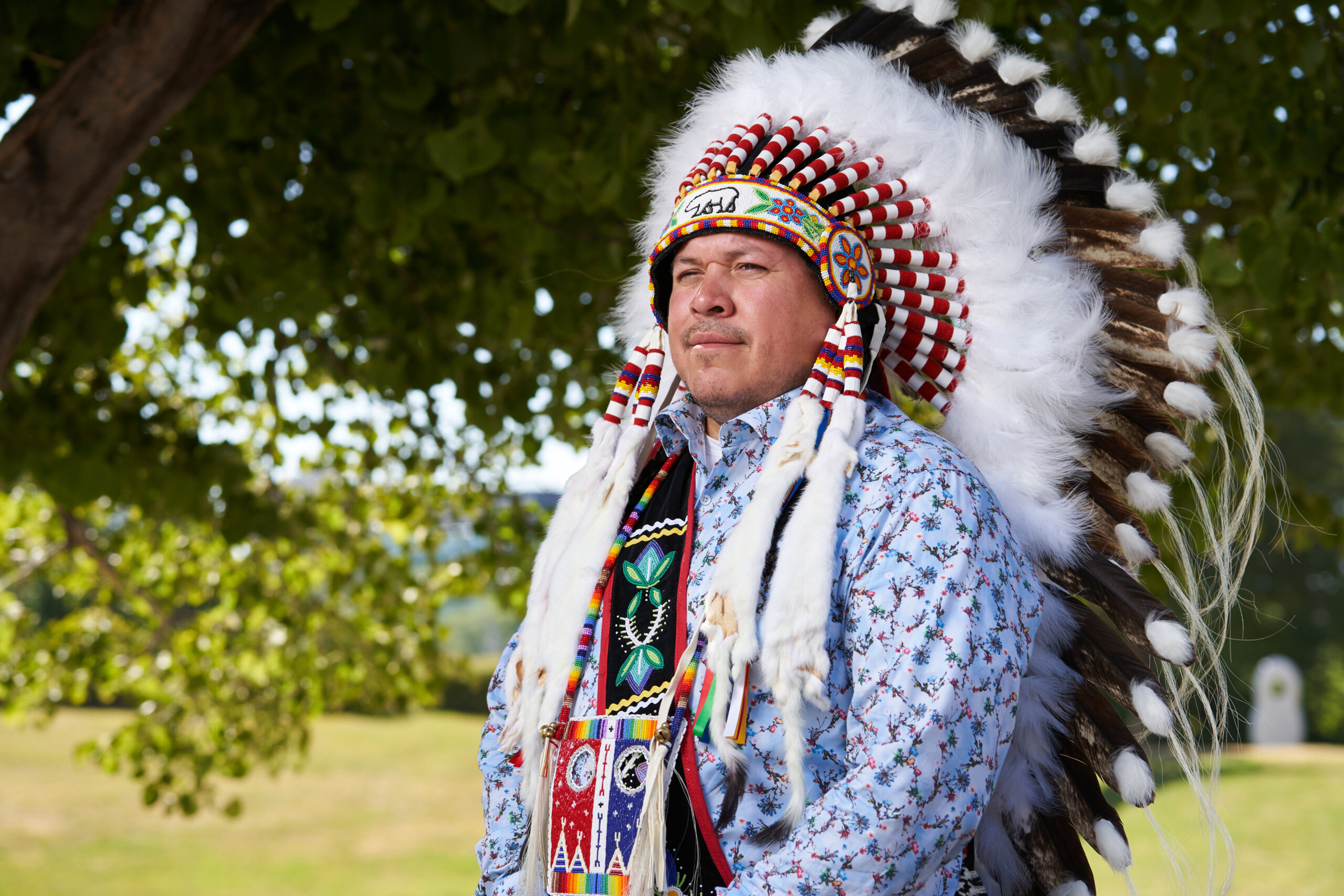 Grand Chief Daniels represents the Anishnaabe and Dakota Nations in what is now southern Manitoba. He has brought the Chiefs of the 34 Nations together, to speak with one unified voice on key issues such as Treaty, First Nation, inherent, and human rights. In January of 2020, he was acclaimed for a second term, the first time a Grand Chief has run unopposed in the history of the Southern Chiefs’ Organization.

Grand Chief Daniels is a proud citizen of Long Plain First Nation, and a proud father to son Angelo Daniels. He was raised by his grandparents Isabel and Donald Daniels, along with his aunties, uncles, and community members. In 2019 the Grand Chief established the Bajoosh Run for Diabetes Prevention, named after his great grandfather, a wellknown medicine man, farmer, and messenger who ran between neighbouring communities to establish and maintain communication.

Grand Chief Daniels graduated from the University of Manitoba with a Bachelor of Arts degree in economics, and prior to his election was an entrepreneur and small business owner. Under his leadership in 2019, SCO worked with Brandon University to research and document Indigenous contributions to the broader Manitoba economy, demonstrating an impact of $9.3 billion. Collectively, First Nations are one of the key drivers of Manitoba’s economy.

Grand Chief Daniels is focused on improving the quality of life for the Anishnaabe and Dakota Nations, through key initiatives including economic development and self-sufficiency, health transformation, restorative justice and rights, and designing and building a community care model consistent with the evolution of the child welfare system as envisioned by southern First Nations.

Grand Chief Daniels believes strongly that the youth voice must be heard, and under his leadership, SCO created a Youth Council that is engaging at the provincial and national level to address issues such as clean drinking water, access to culture and language resources, and climate change.

Grand Chief Daniels has served on boards and councils at the local, regional, and national levels. In 2012, he became a key organizer of the Idle No More movement. 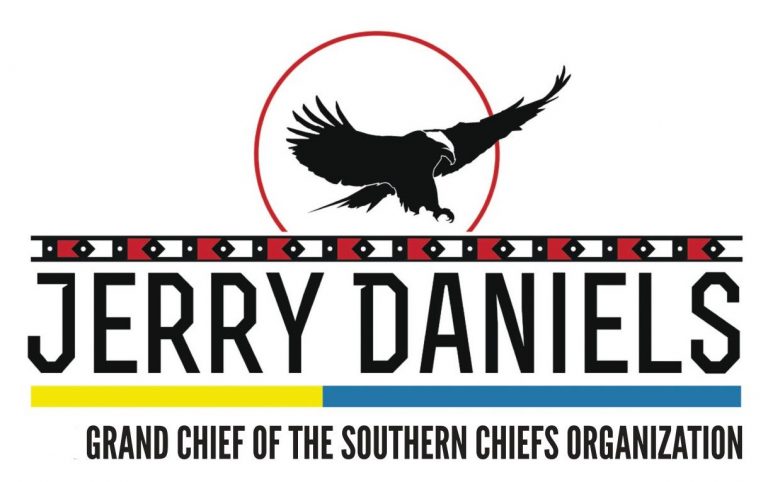 This #NationalDayofAwareness for #MMIWG2S, we honour the beautiful tribute to missing & murdered Indigenous women, girls, and #2SLGBTQQIA in Hollow Water First Nation.

Almost every household has a red dress or ribbon on display!

Have your say this #RedDress Day on #MMIWG2S, to help identify priorities of #MB First Nations for the purpose of advocating for accountability & action by governments and institutions!

On #MMIWG2S #NationalDayofAwareness, @justice4eishia will adorn red ribbons north of the Salter Bridge & invites those impacted by #MMIWG to write down their loved ones' names to pair with a ribbon, OR DM @justice4eishia w/ your their name & someone will adorn a ribbon for you 🙏

Nominate them to the 2021 Youth Indigenize the Senate Virtual Round Table! Let’s ensure their voices are heard & represented in the @SenateCA!

Deadline is May 14 at 11:59 pm PT.
https://forms.office.com/pages/responsepage.aspx?id=XORbRuBCWkanouXqiPGmPvsxI5zieadFvxS9Lj__jy5UNDJPOUpUUlhER09TME0xNkxKWDZFOTNHVC4u

This is how #Brokenhead Elder Carl Stone says #FirstNations people can heal from scars of abuse. As a Survivor, he overcame his by returning to his roots & ceremony. Now, he's a @umanitoba Cultural Teacher & Aboriginal Student Advisor 👏